Well, here we are again, folks. The festive season is almost upon us, and the time has come to think about putting the finishing touches to that gift list. 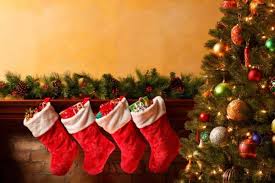 For those of us who like to leave things to the very last moment, we have plenty of great ideas, which are easy to order on our site, just go to our store and click!

As luck would have it, there are lots of goodies out there this year to fill your stockings, perfect to put your feet up and watch over the holiday season.

Top of anybody’s shopping list is of course the magnificent next installment in the Hobbit franchise, now in 3D, extended and with 9 hours of extras, 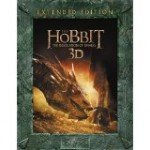 The Hobbit: The Desolation of Smaug 3D Blu-ray

5 stars of further glorious adventures in Middle Earth. Now brought to us in amazing 3D that just makes the three hours and 2 Blu-ray disks a marvelous experience to behold. (there are 25 extended minutes). You keep saying “I don’t remember this”, as you sit glued to the edge of your seat. This is would be a great way to make the...more

Also out just in time for Christmas is Sin City 2, the long awaited sequel to the brilliant Sin City, 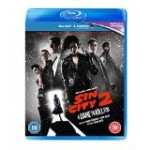 Sin City 2: A dame to Kill For

5 Star Frank Miller and Robert Rodriquez creation. We have eagerly awaited the follow on from the 2005 smash release of the New-Noir that was Sin City. This Festive release comes with the all singing all Nancy dancing (excellent Christmas Present) release of the Sin City: Ultimate Killer Deluxe box set and a Steelbook. Frank Miller changed the way the world viewed...more

There are mountains of great films out there for the little ones, a couple of cracking 3D films, 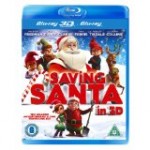 Now available on 3D Blu-ray! 3 stars for this festive animation for young viewers. Saving Santa is set in a future where the demands on Santa (Tim Conway – SpongeBob SquarePants) have increased and he has been forced to employ technology in order to ensure that he can reach everyone in one night. Santa has a crack team of elves, whose job it...more 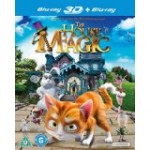 The House Of Magic

4 stars of brilliantly effective 3D action for children. House Of Magic is brought to us by Jeremy Degruson and Ben Stassen, the director’s behind A Turtle’s Tale: Sammy’s Adventures and Sammy’s Great Escape. This charming animation tells us the story of Thunder (Murray Blue), a young kitten who is rather horribly abandoned by his owners at the start of the film...more

If you’re after something a little bit more mature then there are a couple of releases which offer a more thoughtful take on the festive season, dealing beautifully with the concepts of love and loss, 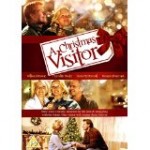 4 stars for this heart-warming family drama. A Christmas Visitor is directed by Christopher Leitch (Teen Wolf Too, Secrets In The Walls) and was first released in 2002. Just in time for Christmas, it is now available on DVD in the UK for the first time. Set in 2002, the film tells the story of the Boyajian family. After the army notified...more 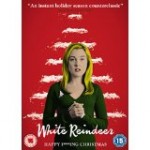 4 stars for this disturbingly insightful black comedy. White Reindeer is written and directed by Zach Clark (Vacation!, Modern Love Is Automatic) and is a black comedy telling the story of Suzanne Barrington (Anna Margaret Hollyman – Gayby, The Den) Suzanne has the perfect life, she works as a real estate agent and her husband Jeff (Nathan Williams – Eugenia and John)...more

And of course, our irrepressible little friend without whom Christmas just wouldn’t be the same! 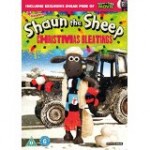 4 stars for this enchanting compilation from Mossy Bottom Farm.  Just in time for Christmas, here is our fix of everyone’s favourite sheep, Shaun and his wayward but very entertaining pals. These days, Christmas just wouldn’t be the same without Aardman, so this is the perfect stocking filler for your little angels (although do be aware, the majority of the episodes are...more

For all of you anime heads out there, obviously it’s always a joy to find your favourites in your stocking, and here are a couple that any anime fan will love to receive! 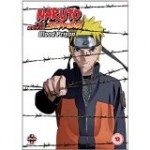 4 stars of excellent adventure with the irrepressible Naruto. Naruto Shippuden Movie 5: Blood Prison opens with a real shocker for Naruto fans. At a secret meeting of the Hidden Cloud shinobi with their Raikage, rumours are discussed that a box which can grant any wish has been located and held by the Hidden Grass, who wish to use it to conquer...more 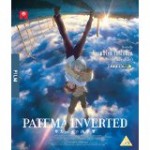 5 stars of gloriously animated, gravity defying science fiction. Patema Inverted is directed by Yasuhiro Yoshiura (Time Of Eve) and was originally released as a four part original net animation, Patema Inverted: Beginning Of The Day in 2012. Patema (Yukiyo Fujii) is a young girl, raised in an underground society based in tunnels and never seeing the light of day. She dreams...more

Well that’s it for our gift guide, but don’t forget to check out the review list to see what else you fancy!

Wishing you a Merry Christmas and a very Happy New Year from the team here at Road Rash Reviews.