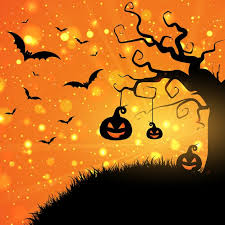 “You play a good game boy. But the game is finished. Now you die.”

This year has seen some amazing releases for fans of all things horror. Especially exciting are the re-mastered eighties classics that have been made available for the first time on Blu-ray.

Arguably the two biggest franchises of the decade are now out in box set format, House: The Complete Collection and Phantasm 1-5. 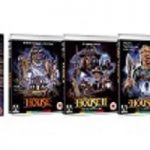 4 star remastered cult classic comedy horror. House: The Complete Collection has arrived on Dual-Format DVD and Blu-ray for the first time courtesy of Arrow Video. It features 2K restorations of all four films in 1080p high definition and the limited edition version includes a 60 page book about the franchise. “Damn. Came back from the grave and ran out of ammunition.” Each...more 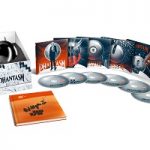 5 stars of beautifully presented cult classic. The Phantasm franchise consists of five films and is written and directed by Don Coscarelli (John Dies at the End, The Beastmaster). The films were released over a time period of 37 years, Phantasm 1979, Phantasm II 1988, Phantasm III: Lord of the Dead 1994, Phantasm IV: Oblivion and Phantasm: Ravager 2016. “You play a...more

Also re-released were psychological thriller, Raising Cain and the iconic Hellraiser 30th anniversary edition, as well as The Entity, still just as scary today as it was back then. 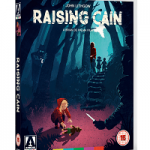 5 star release of an all time classic psychological thriller. Raising Cain was first released in 1992 and was written and directed by Brian De Palma (Scarface, Phantom of the Paradise). 25 years on it is now enjoying a release on Dual Format DVD and Blu-ray, with lots of special features, including a director’s cut. Raising Cain tells us the story of...more 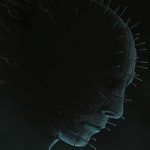 5 star all time classic horror re-released on limited edition Blu-ray Steelbook. Just to make us all feel really old, Hellraiser is currently being re-shown in UK cinemas to celebrate the 30th anniversary of its release. It was first shown in 1987 and is written and directed by Clive Barker (Nightbreed, Candyman) and was his astonishingly self assured directorial debut. “No tears please....more 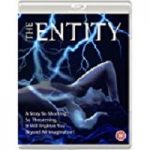 4 stars of controversial early eighties horror. The Entity was originally released in 1982 and is written and based on the best selling novel of the same name by Frank De Felitta (Audrey Rose, Scissors). The novel was based on the alleged real paranormal case of Doris Bither 1974 and the film adaptation was directed by Sidney Furie (The Ipcress File,...more

If you prefer your horror with a touch of comedy then you can’t go far wrong with British film Eat Locals, 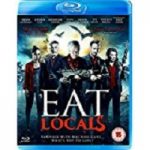 4 stars of fabulously dark British horror comedy. Eat locals is written by Danny King (Wild Bill) and is the impressive directorial debut of Jason Flemyng (Snatch, I Give it a Year), featuring the reunited cast of Lock, Stock and Two Smoking Barrels. “Come on. All those migrants coming in clinging to the underside of vehicles. No-one’s going to miss a few...more

and the hilarious Brain Damage and The Beaster Bunny. 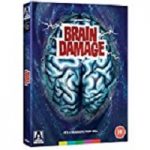 4 star return of the classic eighties gore fest. Brain Damage was originally released in 1988 and is written and directed by the supremely bonkers Frank Henenlotter (Basket Case, Frankenhooker). It is, quite magnificently, one of his weirder offerings and it certainly isn’t for the faint hearted. “Just put me on the back of your neck and everything will be fine.” Brian (Rick...more 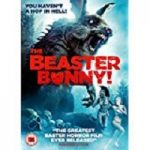 3 stars for this dreadful but still highly entertaining horror comedy. The Beaster Bunny, originally known as Beaster Day: Here Comes Peter Cottonhell, is written and directed by the Snygg Brothers and is their debut and only film. I think it’s important to stress that it is a B-movie, totally tongue in cheek and doesn’t at any point pretend to take...more

Not much for anime fans this year, although we do have the O.V.A. for Tokyo Ghoul: Jack and Pinto. 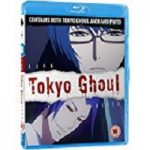 4 star addition to the world of ghouls. This release features both Tokyo Ghoul OVAs (Original Video Animation), Jack and Pinto, based on the manga series by Sui Ishida, produced by Studio Pierrot (Bleach, Naruto Shippuden) and directed by Suehei Morita. It is presented here in Japanese with English subtitles. “I move from place to place, chasing after these ghouls…” These OVAs are set in...more

And last but by no means least, here are two excellent independant films, well worth checking out and perfect for Halloween viewing, The Howling and Doll Master. 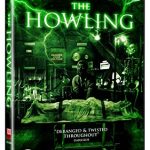 4 Star An Urban Myth a Mad Scientist and Inquisitive Teens. What more does a horror film need. Greenway Entertainment (Essex Boys: Law of Survival) knows that it is an urban myth and a few inquisitive teens and a spooky wooded area. The film is based on those old grainy horrors from around the 1930’s such as Frankenstein and the Mummy, the...more 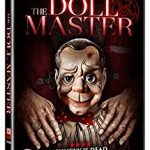 4 Star Fears, Beliefs and a Chiller Doll. Greenway Entertainment (Essex Boys: Law of Survival, Invasion Earth) brings us their latest indie film The Doll Master, a chiller and if you have Pediophobia this will be a very uncomfortable experience. Written and directed by Steven M. Smith (Haunted) he takes on a creepy tale of the power within a doll. For me...more