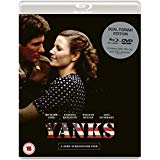 Over Paid and Over Here.

Eureka Classics bring director John Schlesinger‘s (Midnight Cowboy, Sunday Bloody Sunday, Marathon Man, Honky Tonk Freeway) 1979 war time drama up to date in their latest release Yanks. The film follows a couple of American soldiers that arrive in the North of England ahead of the Normandy invasions of Operation Overlord in 1944.

Great Britain has been at war for three years and all the young men are away  fighting for the freedom of the World. 1942 and the Americans have joined in the fight for Europe and the Asia. A million soldiers are shipped across the Atlantic to the shores of Britain and sent to camps that have been built all over the country. Yanks takes place near a small town in Yorkshire.

As two friends Matt (Richard Gere, American Gigolo, An Officer and a

etty Woman, Chicago) and Danny (Chick Vennera, Thank God It’s Friday) peer from the back of a truck, they see the beautiful scenery of the North of England and the pretty girls that live there.

In charge of them is Captain John (William Devane, Space Cowboys, The Dark Knight Rises, Interstellar) a well educated man (a lawyer in civvy street) who mingles with those that are higher up the social ladder than the common troops.

As they get close to their camp they pass through the local town, Danny spots the clippy on the local bus Mollie (Wendy Morgan, Birth of the Beatles, The 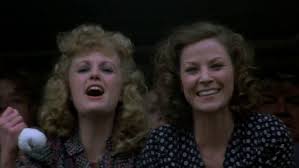 Mirror Crack’d, The Howling) and takes an instant liking to her. When they get a pass they head into town where they meet Mollie again and Danny lands himself a date at the cinema and Matt is invited along where he meets the quiet Jean (Lisa Eichhorn, Cutter’s Way, King of the Hill, The Talented Mr. Ripley) who reluctantly does pleasantries with Matt as Danny and Mollie get along swimmingly. 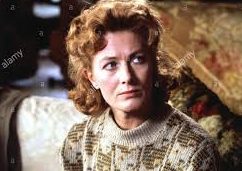 they are due to be engaged when he gets leave. John’s interests are set on the Worldly Helen (Vanessa Redgrave, A Man for All Seasons, The Charge of the Light Brigade,Murder on the Orient Express, Mission: Impossible) whose husband is serving in the Navy whilst their son Tim resides at a boarding school.

This is a tale of love in war time, with young men thousands of miles away from home and young women with no men to comfort them, things are going to get frisky.

Yanks also has a great original score by Richard Rodney Bennett (Billion Dollar Brain, Murder on the Orient Express, Four Weddings and a Funeral) . With the Eureka treatment Yanks becomes an up to date take on war time England.

“That’s the Red Cross…they only do it for officers.”

“If you don’t put your uniform on, they’ll never tell the difference.”

Yanks is available on Dual Format