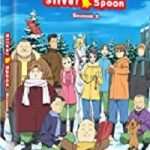 4 stars of amusing and thought provoking coming of age anime.
Silver Spoon Season 2 is based on the manga of the same name written and illustrated by Hiromu Arakawa (Fullmetal Alchemist). It is produced by A-1 Pictures (Your Lie In April, Erased) and directed by Tomohiko Itō (Guilty Crown, Sword Art Online). It is presented here featuring the original Japanese track with English subtitles, in Collector’s…more 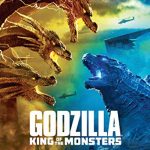 3 Star
Eco Monsters but the Humans Won’t Like It.
Sequel time and writer Michael Dougherty (Trick ‘r Treat) was given the reigns and he ran with it and ran a bit further to produce this two hour plus monster fest. In the aftermath of San Francisco in 2014, humans now know of the existence ‘Titans’ such as Godzilla. Could the paleobiologist…more 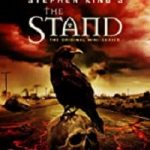 4 star restoration of this epic apocalyptic thriller.
The Stand is a multi award winning teleplay written and directed by Stephen King (Cujo, Pet Sematary, Castle Rock, The Dark Half) and based on his best selling novel of the same name. It was originally released in 1994 and is presented here for the first time on Blu-ray, restored in high definition…more 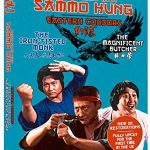 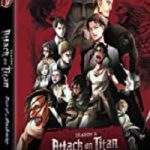 5 Star
Humans, Titans and Human Titans.
Ever since 2015 when we at RRR saw the first awesome release of Production I.G’s Attack on Titan, we waited with baited breath for season 2. What thrills and horrors awaited us?
This release serves as a recap to that epic story, compiling episodes 26-37 of the anime, a big screen version if you will and an…more 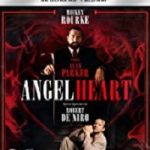 4 stars of American neo-noir psychological thriller.
Angel Heart is based on the 1978 novel Falling Angel by William Hjortsberg (Legend). It is written and directed by Alan Parker (Mississippi Burning, The Commitments) and was originally released in 1987. It is presented here following a 4K restoration courtesy of Studiocanal.
“Well, you know what they say about slugs. They always leave slime…more 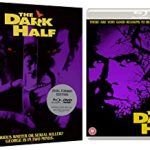 4 stars of classic and deeply disturbing horror tale.
The Dark Half is based on the novel of the same name by Stephen King (Castle Rock, Pet Sematary, Cujo). It features a screenplay written by George A. Romero (Night of the Living Dead, Monkey Shines), who also directs. It was originally released in 1993 and is presented here on Dual Format…more