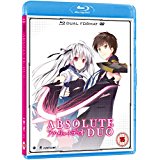 Absolute Duo is based on the Japanese light novel by Takumi Hiiragiboshi and adapted to anime by studio 8-Bit (Tokyo Ravens).

“We two shall remain bound together always and do everything as a duo to the best of our ability. In joy and sorrow, in sickness and in health, until death do us part.”

Tor Kokonoe (Ricco Fajardo – Heavy Object, Brothers Conflict) is a troubled young man. He has been fitted with a device known as a Lukifer, which allows him to access his soul power, known as a “Blaze”. In most cases, this should manifest as a weapon but for some reason, his is a shield, making him an irregular.

Following a family tragedy and out for revenge, he enrols in the Koryo Academy High School, run by the enigmatic and rather scary Sakuya Tsukumo (Felecia Angelle – Karneval). Here, students are taught to control and hopefully level up their Blaze through rigorous combat training. 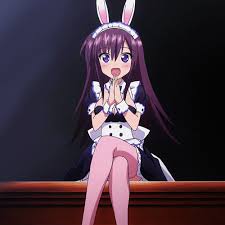 Right from the start it is obvious this is no ordinary school, as at the induction ceremony the students are required to fight the person seated next to them, with only the victor actually entering the school. Tor is victorious over his partner Imari (Michelle Rojas – Tokyo ESP) and his time at the school begins.

His life quickly becomes more complicated as they are introduced to their crazy teacher Miss Tsukimi (Anita Neukar – Sekirei) shortly followed by a strange Scandinavian girl, Julia (Bryn Apprill – Noragami). They are introduced to the school’s Duo system, which means each student must choose a partner and live and work with them from that point onwards. 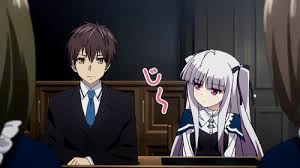 Also at the school is his best friend Torasaki (Anthony Bowling – Ping Pong: The Animation) who believes they are being used as guinea pigs and his Duo partner Tatsuno (Tyson Rinehart – Tokyo Ghoul). Their other friends are Tomoe (Whitney Rodgers – Overlord) and Miyabi (Ashleigh Domangue – The Future Diary), who are very disapproving of his co-habiting with Julia. Throw into the mix a random English transfer student, Lilith (Caitlin Glass – No-Rin) and you have a recipe for disaster. Together they must deal with whatever the school can throw at them and learn to get along together.

Absolute Duo could be a really good story. I like the idea of the Duo system and the story does take several unexpected turns towards the end, which I quite enjoyed. It’s a little spoilt however by all the attempts at romance and harem, which result in a preponderance of bouncing breasts and gym knickers which detract quite heavily from the story.

It is fun to watch, but can be a bit cringeworthy in places. Not brilliant, but worth a look for the storyline and the pretty animation.

“I didn’t expect you to be sleeping next to me, so when I moved my hand I got a handful.” 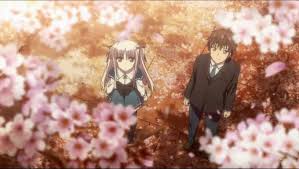 Absolute Duo is available to buy now on Blu-ray.