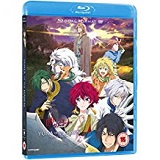 Yona of the Dawn is based on the Japanese Manga series written by Mizuho Kusanagi and is brought to anime by studio Pierrot (Naruto: Shippuden, Bleach, Tokyo Ghoul).

This release is the second half of series 1 and comprises episodes 13-24.

“That is one creepy looking hairball…” 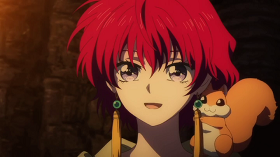 Yona (Monica Rial – A Certain Magical Index) is the sixteen year old Princess of the Kuoka Kingdom, raised in the shelter of the Crimson Dragon Castle by her father King Il (Sean Hennigan – Tokyo Ghoul).

Following the shock betrayal of her childhood friend Soo-wan (Micah Solusod – Guilty Crown, Eureka Seven: AO) and the murder of her father, Yona and her sworn protector Son Hak (Christopher Sabat – One Piece, Jormungand) have been forced to flee the comfort of the castle. 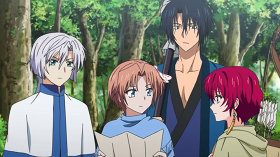 On the run from the new king’s troops, they have visited the Oracle who told them the legend of the four Dragon Warriors, sworn to protect the Crimson Dragon King and save the Kouka Kingdom.

With young boy Yun (Clifford Chapin – Free! Eternal Summer) and Ki-ja, the White Dragon, now in the party, they set off across the Kingdom in search of the three remaining Dragons, as Yona begins to realise the damage that her father’s style of rule has done to the people of his realm. 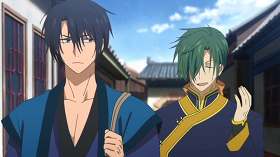 Together they intend to repair the damage and bring back a time of peace and prosperity.

Yona of the Dawn is a brilliant series. The animation is beautiful, the characters are well developed and there is a nice sense of friendship and camaraderie amongst them (when they aren’t bickering). With a good strong storyline and plenty of action, this one is well worth adding to your collection. I can’t wait for Season 2!

“You’d better come back without so much as a scratch. Otherwise you’re stuck with me. I’ll be right by your side for the rest of your life.”

Yona of the Dawn – Part 2 is available to buy now on Dual Format DVD and Blu-ray.