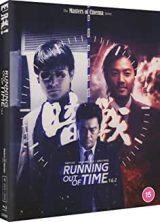 A Cop and Tricksters.

Highly experienced producer/ director Johnnie To (Election, Election 2, PTU, Throw down) brings us a double bill of cop drama. All  nicely packaged as a Masters of Cinema Blu-ray release. Both films star Ching Wan Lau (SHOCK WAVE: HONG KONG DESTRUCTION, Full Alert, Black Mask) as the eerily accurate cop as he deals with the baddies and his incompetent boss, who always makes his day a lot harder. Another great double-bill from Eureka Masters of Cinema to add to your Hong Kong police collection.

Running out of time

A man makes his way to the top of a skyscraper, where he checks out the surrounding area. (Johnnie To likes to film people right on the edge of tall buildings) he is Cheung Wan (Andy Lau, Chasing the Dragon, Infernal Affairs) and he has been told that he has just four weeks to live, he turns down help and just asks his doctor for enough painkillers to last his time left.

Meanwhile, across town Inspector Ho Sheung-Sang (Ching Wan Lau) a trained negotiator is having his lunch in his usual diner, when police cordon off a bank robbery. Ho rushes to the scene where two robbers have a bank full of hostages. Ho goes in with Chief Inspector Wong Kai-fat (Shiu Hung Hui, 12 Golden Ducks, Expect the Unexpected) is told to stay out. Ho sees two robbers with masks who are not the best at their chosen profession. Cheung has them distracted as a man in the group of hostages pulls out a service revolver, and shoots both robbers dead, this causes a stampede with the hostages. The shooter claims to be an off duty cop, but Ho is very intuitive and realizes that the shooter is the mastermind behind the bank robbery, with this known the mastermind would face the death penalty, Ho leaves the mastermind and returns outside. Soon there is a single shot. Suicide.

Our dying Wan has a fascination for Ho, and we soon see Cheung Wan back on the roof, but this time he has taken a hostage. The police call for a negotiator, but it isn’t Ho, Wan doesn’t want this other guy, He wants his Ho.

When Ho does turn up, Wan proposes that he and Ho should play a seventy-two hour game, Cheung will admit defeat at the game if Ho can take him to the police station before three days are over. Let the contest begin.

Running out of time 2

This time Ho is challenged by a nameless trickster (Ekin Cheng, Young and Dangerous1,2,3,4,5, Tokyo Raiders) who is ransoming valuable artifacts from stressed-out businesswoman Teresa (Kelly Lin, Fulltime Killer, Zu Warriors). All the characters are back, some in different roles, but the bungli

ng boss is still there for the lighter hearted intermissions.

With clever protagonists in both films, this is a real  cat-and-mouse caper, with fast  cars and slow bicycles to on foot chases, these two films have it all, follow closely you might just miss something.

Running Out of Time, 1&2 is a great way to continue your Ching Wan Lau collection courtesy of a 2K restoration and Eureka Masters of Cinema. 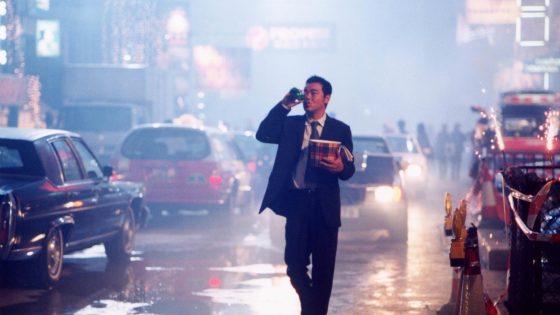 Running Out of Time 1&2 is available on Blu-ray