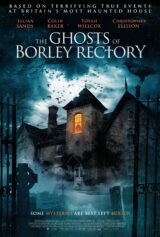 The Spirits Are Restless.

Geenway Entertainment and writer/director Steven M. Smith (Haunted, Essex Boys: Law of Survival, I Am Hooligan, Borstal, The Howling, The Doll Master) once again visit Borley Rectory. This time it is to visit the 1930s where the psychic researcher Harry Price (Toby Wynn-Davies, Nefarious, Witches of Amityville Academy) intends to spend six-months investigating the strange events that former residents tell tale of. With a cracking cast of seasoned actors, this is one fright feast to look forward to.

The Ghosts of Borley Rectory starts with the arrival of the man himself, Harry Price (Toby Wynn-Davies) and his assistant Mark Kerr-Pearse (Reece Putinas, The Royal Hibiscus Hotel, Triples Alley). The rectory is empty since Reverend Lionel Foyster (Julian Sands, Warlock, Naked Lunch) and his wife Marianne Foyster (Leila Kotori,

Set Me Free: Vol. I, Project Evolution) vacated in May 1937, due to Lionel’s ill health. Price is here for six months to try and get real scientific research into all the paranormal activity since it was first reported in 1863.

Harry is keen to get started, he wants to have someone recording twenty-four

hours a day, so Mark is put to work while Harry has a nap for a four am wake-up call, to take his shift. The following morning, Harry gets some more help as Sidney Glanville (Richard Harfst, The Viking War, Pastor’s Wife) brings his daughter Helen (Louisa Warren, Merchant of Little Venice, Suicide Club) and son Roger (Lee Hancock, Vengeance of the Leprechaun, Toothfairy 3).

Harry is working with the sceptical Society for Psychical Research (SPR), who want to see real results, not all these dodgy sightings and things that go bump in the night.

What do you expect to achieve? 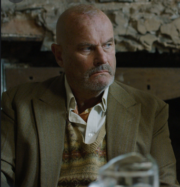 The SPR is headed by Charles Sutton (Colin Baker, Doctor Who (TV Series), The Asylum), with local landowner Basil Payne (Christopher Ellison, The Bill (TV Series), We Still Kill the Old Way) who has seen things of the spiritual kind. But it is the former occupants who have secrets of what has gone on in and around the rectory, and the sightings of a nun.

She places visions in your mind, she is smiling, she has you in her playground.

Estelle finds the nun, but Harry can’t see her. However the others can, and it isn’t a pretty sight.

My animals are scared, and now I’m scared.

What is going on? Harry must step up his experiments to find the answers to what is going on in the rectory. Will Harry get his answers?

At least the rectory got what it wanted… What is that? You and Mr Price to itself.

The Ghosts of Borley Rectory has all the suspense and jump shocks you want in a British Horror movie. A great way to get the hairs on the back of your neck prickling.

The Ghosts will be available on DVD on the 11th October