5 star conclusion to a fantastic trilogy. 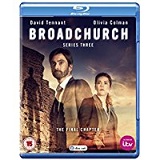 This is series 3 of Broadchurch, concluding the story of the small coastal community in Dorset which first began in 2013, with the murder of Danny Latimer. It is written and created by Chris Chibnall (Gracepoint, Camelot). This series is directed by Paul Andrew Williams (The Cottage), Daniel Nettheim (The Hunter) and Lewis Arnold. 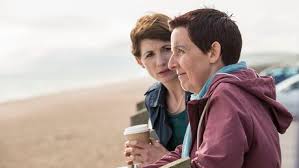 It’s now three years since the events of series 2 and the town of Broadchurch has settled back into some sort of routine. The town is set to be turned upside down again however, when local woman Trish (Julie Hesmondhalgh – Coronation Street, Happy Valley) shows up at the police station to report that she has been the victim of a serious sexual assault.

Detectives DI Alec Hardy (David Tennant – Doctor Who) and DS Ellie Miller (Olivia Coleman – Hot Fuzz, The Iron Lady) are once again thrown into the fray as they desperately try to find the rapist before he can strike again. 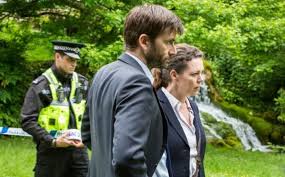 The attack took place at the 50th birthday party of Trish’s friend Cath (Sarah Parish – The Holiday, Recovery), at Axehampton House, making for a huge number of suspects and a huge search area, as Trish has no idea who her attacker was.

Beth Latimer (Jodie Whittaker – Attack The Block, One Day) is slowly recovering and now acts as a rape advisor, helping Trish come to terms with the attack, while her husband Mark (Andrew Buchan – Nowhere Boy) struggles to put the past behind him and accept the verdict of the trial. 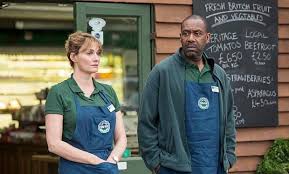 The more they investigate, the more lies they seem to hear, the more dark truths are uncovered and the more people they find who seem to have motive and opportunity. The locals suddenly all seem suspicious, from Cath’s husband Jim (Mark Bazeley – The Queen) to local shop owner Ed (Lenny Henry – Penelope) and from Trish’s ex-husband Ian (Charlie Higson – The Fast Show) to the on duty taxi driver Clive (Sebastian Armesto – Anonymous). 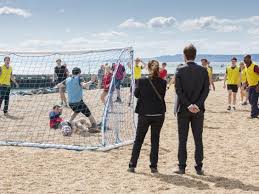 The acting is once again magnificent and beautifully complimented by the amazing scenery and sweeping yet unobtrusive score by Olafur Arnalds (Another Happy Day). The tension is palpable and it once again recaptures the feeling of the first series, a new crime to solve, a gripping story and a community in crisis but pulling together.

It deals very thoughtfully and sensitively with a very tricky subject, has obviously been well researched and although it won’t be everyone’s cup of tea, if you are into your detective stories this is a corker, well worth adding to your collection.

“Well, if you’ve totally got the authority to make decisions, totally make the decision to co-operate with our request or we’ll totally come back with a warrant.” 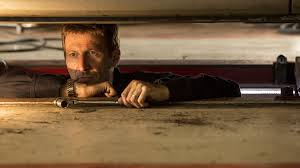