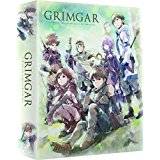 Grimgar: Ashes and Illusions is based on the Japanese light novel series Grimgar of Fantasy and Ash, written by Ao Jūmonji and illustrated by Eiri Shirai. It was adapted to anime by A-1 Pictures (Sword Art Online, Your Lie in April) and directed by Ryosuke Nakamura.

“We’re better off hiding than getting beaten like we did yesterday. This isn’t a video game.” 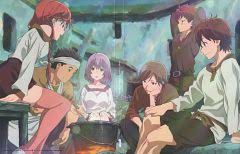 The story is set in the world of Grimgar, a dangerous place full of marauding monsters.We follow a group of adventurers, thrust into the world with no warning, who one day wake up and find themselves in Grimgar with no memory of anything before arriving.

Out of necessity and following local custom in the town of Ortana, they join up as Trainee Volunteer Soldiers, tasked with keeping down the local monster population. This provides them with a roof over their heads and enough money to start out with. 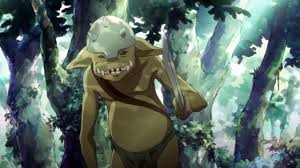 They each have their own specialities and join guilds to train. The leader Manato (Justin Briner – My Hero Academia, Divine Gate) becomes the party’s Healer, our narrator Haruhiro (Ricco Fajardo – Heavy Object, Lord Marksman and Vanadis) becomes a Thief and the Warrior of the party is Moguzo (Jarrod Greene – No-rin, Tokyo ESP).

The rest of the party is made up of the Mage, Shihoru (Sarah Wiedenheft – A Certain Scientific Railgun S), the Dark Knight, Ranta (Orion Pitts – Chaos Dragon) and the Hunter, Yume (Jeannie Tirado – Fuuka, Castle Town Dandelion). 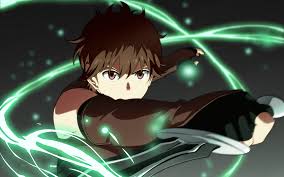 Together this unlikely group must learn to make a life for themselves in this unfamiliar and unforgiving world.

Grimgar: Ashes and Illusions is a very interesting take on the ‘lost in a video game’ genre. It’s characters have no memory of their lives before, nor do they know what is different about this world, they are simply forced to learn how to survive.

You really feel for the party, as they have no idea what they are doing and struggle to kill even the weakest of foes. They also suffer guilt over taking a life, something which is rarely seen in this kind of story. They also have to deal with grief and loss as well as finding a place in a hostile world. 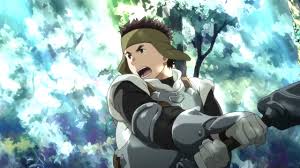 The animation is beautiful, with some lovely watercolour style backgrounds which really make it feel otherworldly. My only complaint would be that there are too many insert songs, and although the music is very good it can spoil the flow of the story a little. That is a minor issue however, this is still a brilliant series and well worth adding to your collection.

“Everything about my life before Grimgar is a complete blank…” 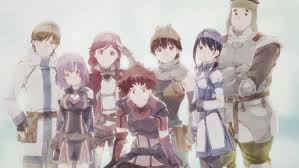 Grimgar: Ashes and Illusions is available to buy now on Standard DVD and Collector’s Edition Blu-ray.