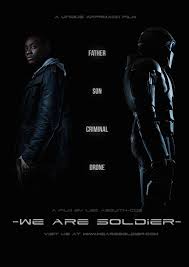 It was a very happy day when RoadRash Reviews was invited down to Wales for a BTS (Behind the Scenes) day watching the shooting of the drones test fight on the Indie film We Are Soldier, directed by Lee Asquith-Coe, who also acts and writes (Fury) and head of photography Simon Rowling (Predator: Dark Ages) and a whole lot of other very talented people (you know who you are). After a last minute location problem, the filming moved from the indoor Denbigh site, to the outdoor but very picturesque set of Flint Castle. 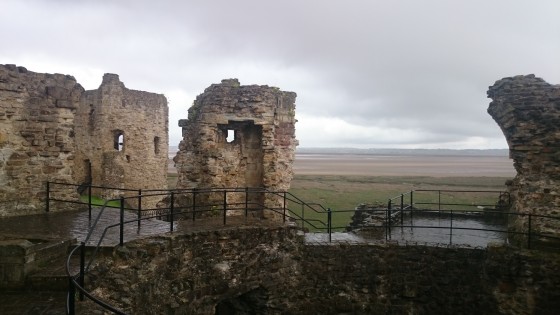 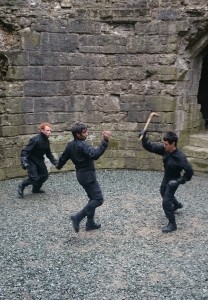 With everybody keeping out of the light rain and trying to keep warm, we failed miserably, but that didn’t dampen the spirits or the rehearsals being choreographed by Beau Fowler (The Proxy). He was putting the We Are Soldier stunt fighters (Grant Stevens, A.j Singh, Craig Canning – right) running over and over to get the moves right for Beau and their director Lee, while Simon set up the camera positions and lenses to get the best shots the set would allow.

The action is for the Drone testing (where criminals are sentenced to life as Drone Soldiers in the clandestine government sanctioned military unit known as The Lazarus Corps, their memories wiped and their actions controlled by nano bio-chip technology.) The drone is being controlled remotely via video-cameras (previous filming) set up around the test area. 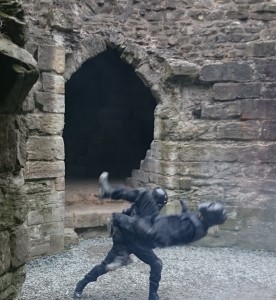 Soon the guys are transformed into the Drones with the Talents of Mark Sears (The Intent) and Leroy Kincaide (Freeman: New World Order) to lend a hand before their main shoot much later in the day. With shouts (there are a lot of shouts on a film set), blocking gets done; then it is up to Mr Rowling to get his shots done as we all try to see the playback on the monitor, and not get in shot when there is a retake.

We Are Soldier will be using the musical talents of Solo Deep who was also present on set, as an Independent Film needs all hands on deck to get the job done, and they do it admirably.

This is going to be a cracking film; from what we have seen so far and with the Writer/Directors vision this will be a multi layered film, that will sparkle because of all the talent putting their heart into this production. This will be something to talk about over a pint.

Check out the Official Trailer. 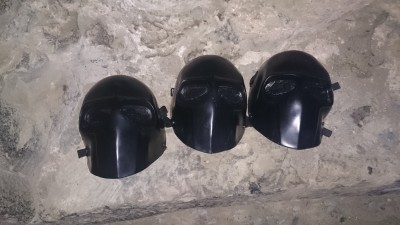 In amongst the mayhem of a 5pm lunch we managed to grab an Exclusive video interview with Director Lee (See below).