5 star action, the desperate race to save Ace. 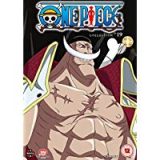 One Piece is a long running anime based on the serial in Weekly Shōnen Jump magazine written and illustrated by Eiichiro Oda and telling us of the adventures of Monkey D. Luffy and the rest of his crew, the “Straw Hat Pirates”. It is directed by Kônosuke Uda and produced by Toei Television Production(Dragonball Kai).

This collection comprises episodes 446 – 468. It concludes the Impel Down Arc and introduces the Marineford Arc. The usual spoiler alert applies here, we’re well into the story so don’t read on if you’re planning to watch the previous installments.

“He just tried to pick a fight with Navy H.Q.! Forget about the potatoes!” 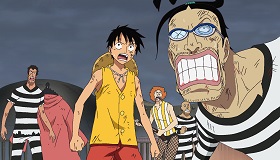 Luffy (Colleen Clinkenbeard – Brother’s Conflict) is still at Impel Down, fighting to find his way back out with the help of his unlikely and new found comrades Jinbe (Daniel Baugh), Crocodile (John Swasey – Attack on Titan) and clown pirate Buggy. Together they fight the formidable head warden Magellan (Jeremy Inman – A Certain Scientific Railgun) and try to find a ship to head for Marineford, where Ace (Travis Willingham – Ben 10) is being taken for his public execution. 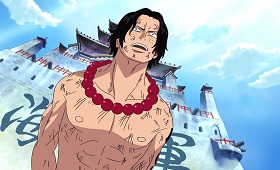 Matters are made even more complicated by the arrival of Blackbeard (Cole Brown – Noragami), who captured Ace and handed him to the Navy in the first place.

Five of the seven warlords of the sea and three navy admirals have been assembled at Navy Headquarters Marineford to fight in the upcoming battle over the life of Whitebeard’s second division commander and Luffy’s brother, Ace. 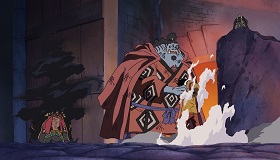 Whitebeard and his pirates stand ready for war and the World Government is ready for them as everyone converges at Marineford for what will be an epic battle for survival.

This is a fantastic collection, things are starting to get pretty serious on the Grand Line and this story arc is really getting going. There are some truly stunning revelations and we learn a lot about our hero Luffy and his family. A no brainer for any and all fans of One Piece!

“And that’s how I broke your miserable brother. Now, just like him, your devil fruit powers are about as useless as money to a dead man.”

One Piece Collection 19 is available to buy now and will be released on 22nd October 2018.