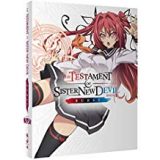 The Testament of Sister New Devil is based on the Japanese light novel series written by Tetsuto Uesu and illustrated by Nekosuke Ōkuma. It is adapted to anime by studio Production IMS (Gonna Be the Twin-Tail!!) and is directed by Hisashi Saito (Bamboo Blade).

The Testament of Sister New Devil Burst is the second season, based on light novels 4-7.

“Since Mio and I both became bitches and submitted to Basara, all three of us have grown stronger.”

Basara (Chris Hackney – Charlotte) is a seemingly normal young school boy, whose life is changed when his father Jin (Kirk Thornton – Coppelion) suddenly announces that he is to remarry. This will involve moving house and having to leave his current school and just to top it off, he also announces that Basara is going to have two younger sisters. 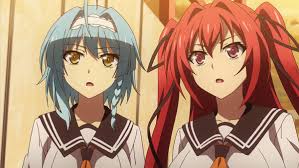 With their mother away overseas and his father called away on business, it falls to Basara to look after his new sisters, Mio (Lauren Landa – Noragami Aragoto) and Maria (Kira Buckland – Durarara X2!!). This is going to prove difficult given that Maria is a succubus and Mio is the daughter of the previous Lord of Hell. The marriage was a scam thought up by them in order to get a base of operations.

The girls put in place a highly inappropriate master and servant contract, and Basara, as a hero, is quite happy to oblige whenever the girls need assistance. They appear to have settled into their new arrangement, however all that is about to change. 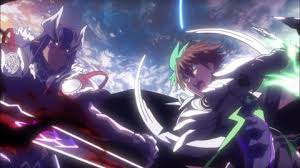 Basara is preparing for his school sports festival, in an attempt to have a normal life. However, that is easier said than done as demons begin to encroach on the human realm. His father Jin is in the demon world fighting the new Demon Lord and Basara and his step sisters are also summoned to the demon realm to take part in a tournament. They will be thrown into the ongoing battle between those loyal to the old Demon Lord (the moderate faction) and those who follow the new regime.

This is a very enjoyable series and continues the story well. It is every bit as risque as the first series and is an excellent harem anime as well as a good supernatural fantasy.

The Testament of Sister New Devil Burst is very entertaining, but not for the squeamish and certainly not for the whole family. It’s thoroughly deserving of its 18 certificate. If you’re into Ecchi then this one is well worth adding to your collection.

“After using me yourself, you filled Basara with doubts and made him question me too. Because of you, he even dared to point his sword at me.” 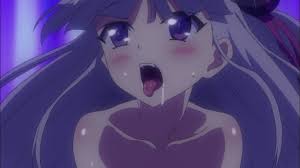 The Testament of Sister New Devil Burst is available to buy now on Blu-ray.