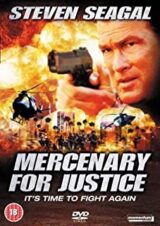 Punch Me, Push You, Take a Hostage

From the director/cinematographer that brought you Seven Days of Grace (Don E. FauntLeRoy, Damn Sea Vampires! (TV Movie), Navy Seals vs. Zombies) this is his follow-up film, with big screen star Steven Seagal (Force of Execution, Tokarev, Under Siege, Exit Wounds) as the leader of a bunch of mercenaries who is stuck between Black ops and a hard face.

When the Central Intelligence Agency has a dirty deeds man John Dresham (Luke Goss, Paydirt, AWOL 72, Blade II, Hellboy II: The Golden Army) you know things are not going to go well for somebody. When that dirty deeds man is backed up by black op’s organizer Anthony Chapel (Roger Guenveur Smith, Summer of Sam, Final Destination) (who does ham up his role a fair bit) you know that the proverbial is going to hit the fan and that someone is lifetime mercenary John Seeger (Steven Seagal). 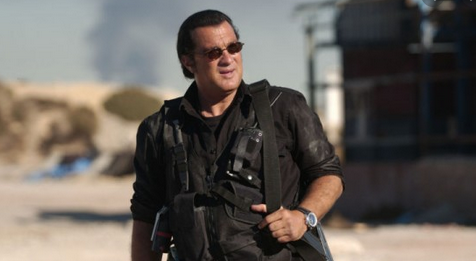 Seeger is currently under fire on the French controlled Galmoral Island in Southern Africa. He and his men and woman Maxine Barnol (Jacqueline

Lord, Stiletto, Dangerous Matrimony) are trying to stamp out corruption of local rebels, while Dresham and Chapel are far more interested in the rich oil and diamond deposits in the area. The mercenaries are in a

sticky situation and thinking ahead (but not clearly) some of Seeger’s men go off on a side mission. Lead by Kruger (Langley Kirkwood, The Bone Snatcher, Charlie Jade (TV Series)) they head for the French Ambassadors residence and kidnap him and his family as

insurance for a clean get away. But when the French troops turn up, Seeger and his best friend Radio Jones (Zaa Nkweta, Gums & Noses) get involved, along with Maxine who informs Seeger about the possibility of the CIA’s involvement.

It really gets personal for Seeger when Radio is shot and killed, who is going to take care of his wife Shondra (Faye Peters, Beyond Borders) and his young son Eddie (Tumi Mogoje)? Seeger is and that will lead to a lot of problems for the CIA.

Get the jet ready we are going to Miami!

Throw in an arms’ dealer who wants to get his son out of a very secure South African prison before he is extradited to the USA, and a bank heist, and you’ll have your action packed adventure right there.

A classic guns and Martial Arts film all courtesy of Mr Seagal. 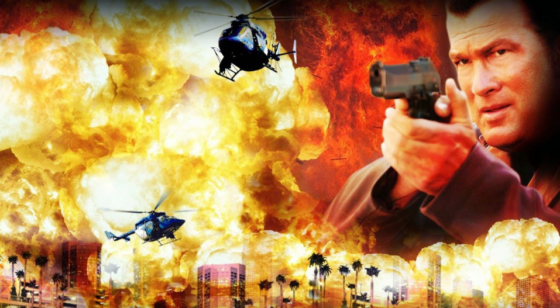 Mercenary for Justice is available on DVD and Amazon Prime