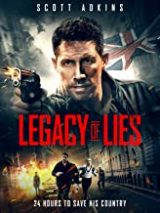 With fifteen years experience as a writer and director Adrian Bol (Castingx, Blindspot) brings us his third feature film Legacy of Lies, which is an action packed adventure, full of mixed martial arts, guns and car chases, in this spy based thriller.

2008 Kyiv, Ukraine, an abandoned bus depot and there is a clandestine meeting between Russian anti-government journalist Egor Stepanenko (Andrey Say) who

is making a breakthrough in gaining files and vials of Novichok which have been used to poison Russian dissidents all across the globe and Red Star (Anna Siettarova) as the code for a safe deposit box and Olga (Tetiana Nosenko, Guns and Kidneys) in the car knows the location of the ba 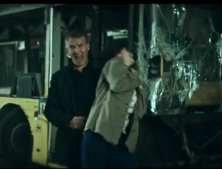 nk. Covering their back is Martin Baxter (Scott Adkins, Payback, The Legend of Hercules 3D, Metal Hurlant: Resurgence, Ninja: Shadow of a Tear, The Bourne Ultimatum) a journalist helping Stepanenko, but he is an MI6 operative after the package, and he is not the only one. The Russians want it back for deniability reasons and the Americans and the UK want it, to point the finger at a belligerent Russia. 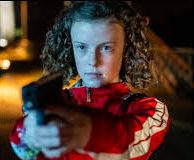 Martin is a washed up cage fighter with a precocious twelve-year-old Lisa (Honor Kneafsey, Abducted, Benidorm (TV Series), A Christmas Prince) to contend with as they travel around Europe never staying in one place for long and Lisa is getting tired of this, and she wants to settle and go to a real school. 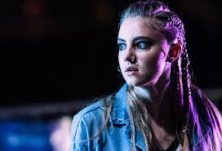 An idea that Martin is not pleased with. Lisa is so disheartened with her father that she bets against him in the illegal cage fight, and she was right. What work Martin has is working for Maxim (Victor Solé, My First Highway) at his exclusive nightclub in a trendy London nightspot. But he keeps getting told off for his violent outbursts. Someone that has been keeping an eye on him is Sacha (Yuliia Sobol, The Champion, The Invisible Boy: Second Generation) a young journalist who is after the missing files, and when two guns open fire in the club trying to kill Sacha their lives are thrown together in a fight to stay alive, get the files and avoid the CIA (Leon Sua, The Host)  and MI6 (Martin McDougall, Closer to the Moon).

If you get back in the game. I’d take you out!

If you can’t wait for 007 you can’t go wrong with the action from Scott Adkins and Legacy of Lies, with great mixed martial arts, stunts, gunfoo and car chases. Some apples may have been harmed during the making of this movie. 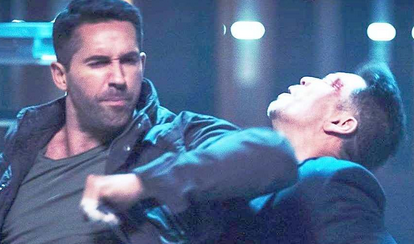 Legacy of lies is available on DVD and Amazon Prime